Deadly Black Mamba Snakes Entangled In A Battle, Tie Each Other in Knots 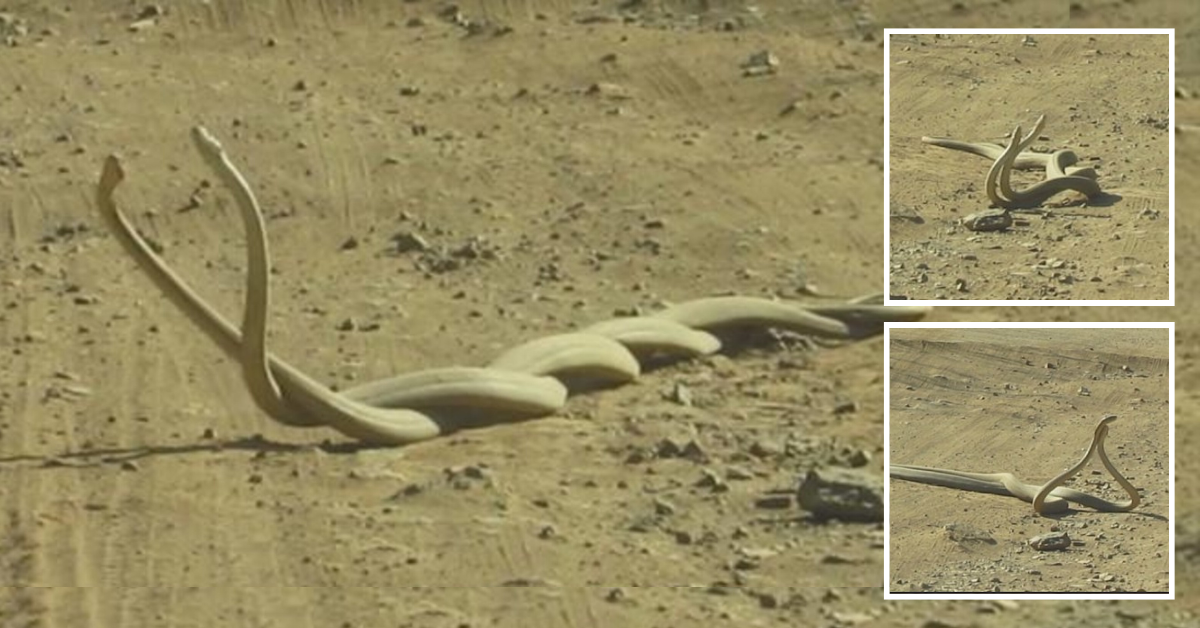 As if weaving a friendship bracelet of death, two of the world’s most dangerous snakes, black mambas, can be seen twisting around each other during a rarely videotaped battle in South Africa. 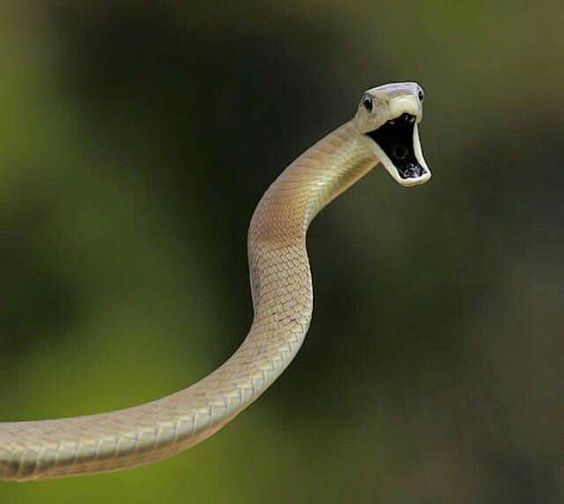 The action was recorded by Kirstie Bowers of Johannesburg, South Africa, while she was on safari in Pilanesberg National Park in the country’s North West Province. 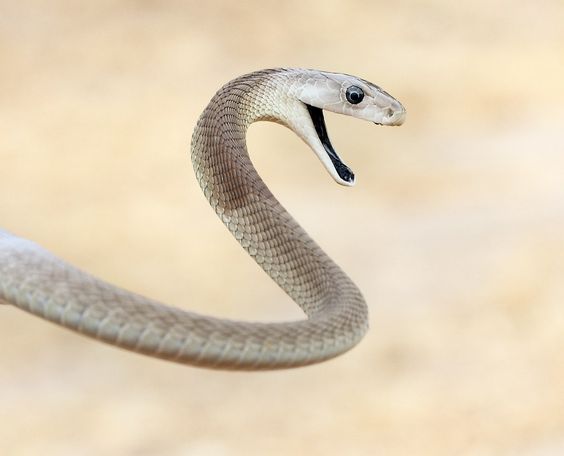 “That’s a really nice video,” says Kenneth Krysko, the collection manager of the herpetology division at the Florida Museum of Natural History. 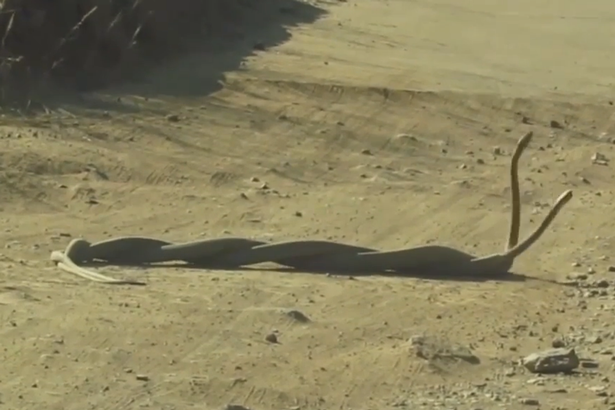 “It really shows two males in a classic combat behavior, with each trying to make the other one submit.” 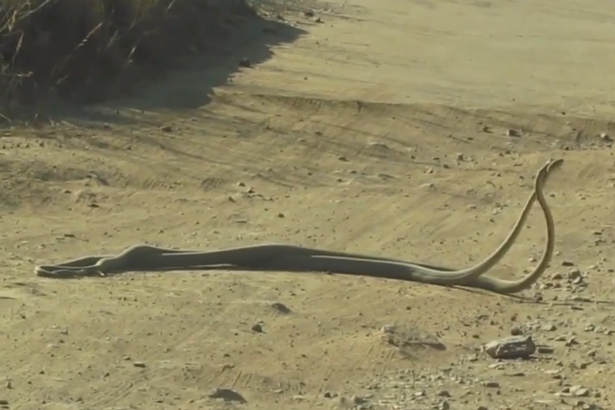 The snakes will sometimes bite each other during such battles, but they rarely inject any of their venom and aren’t trying to kill each other, Krysko says. 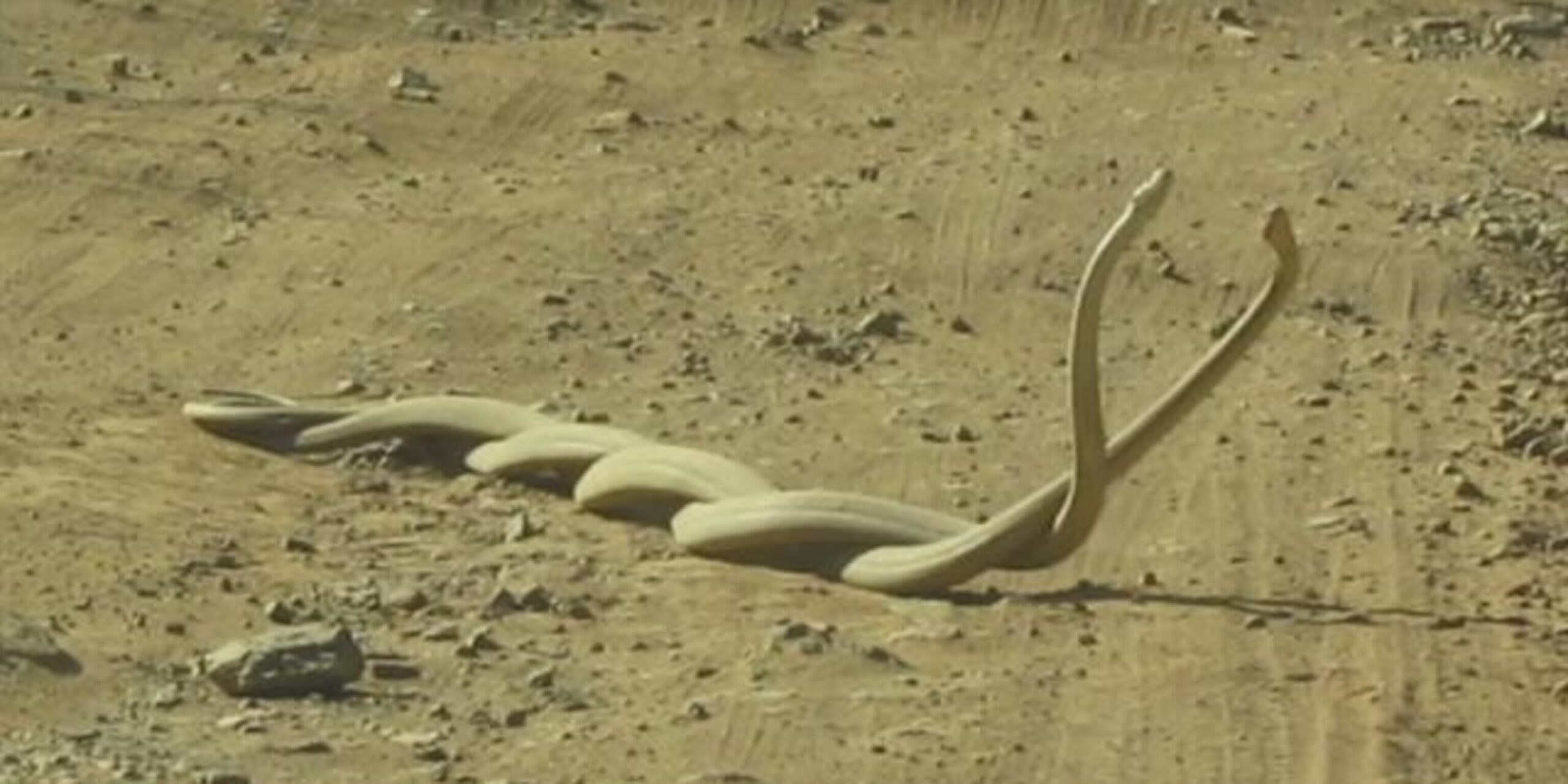 Normally, the males will shove each other until one gives up, and the winner then approaches a female that is ready to mate. 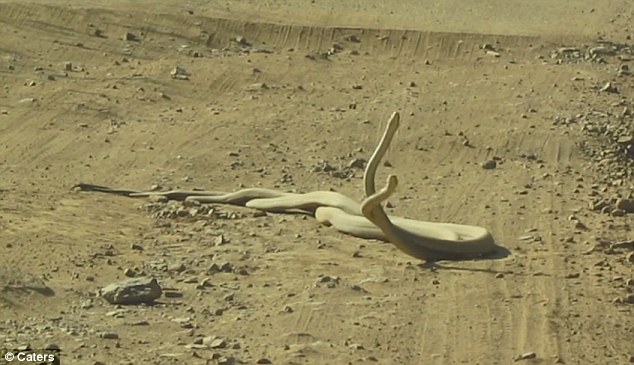 Female snakes typically mate with one male a season, and can store the sperm for months or even years, in some species. Males often try to mate with multiple females, depending on how many battles they can muster. 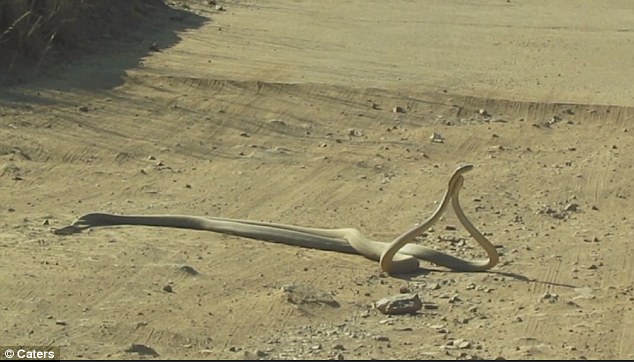 Krysko has studied the behavior called plaiting combat among king snakes in Florida, making him the first scientist to report the behavior in the species. 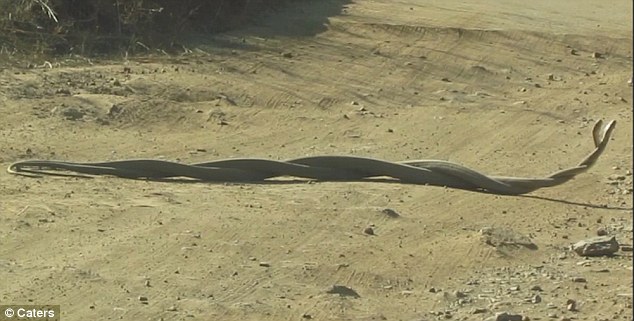 Observing it in the wild is fairly rare, he notes, and can require a lot of field time. Bowers got lucky. 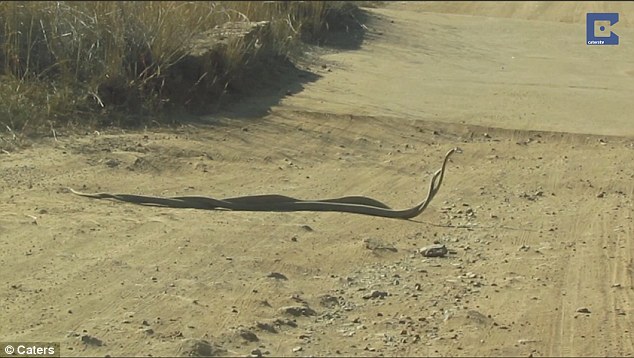 “You are very fortunate if you get to witness this cool biology,” says Krysko. “It’s certainly not mating, which looks quite different,” he adds, in response to some of the debate heard in the clip from the safari. 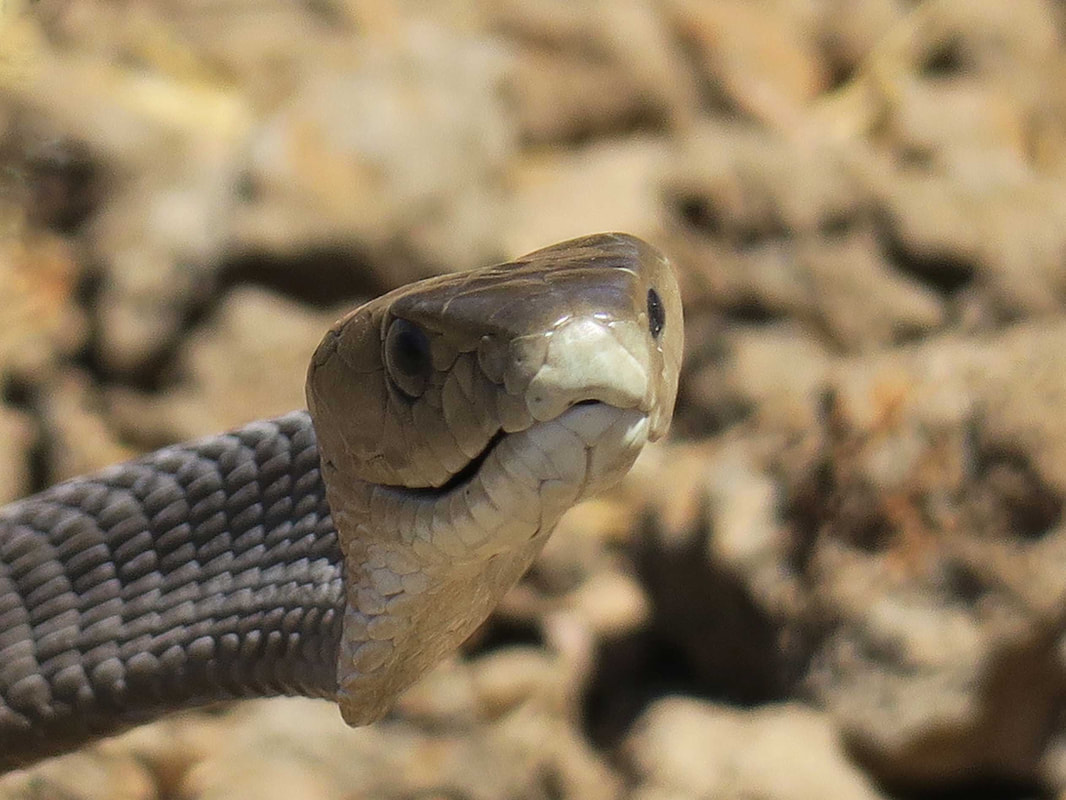 Black mambas live in southern and eastern Africa and can grow up to 14 feet (4.3 meters) long. They are fast, powerful snakes that have a reputation for aggression, although they usually try to avoid people. 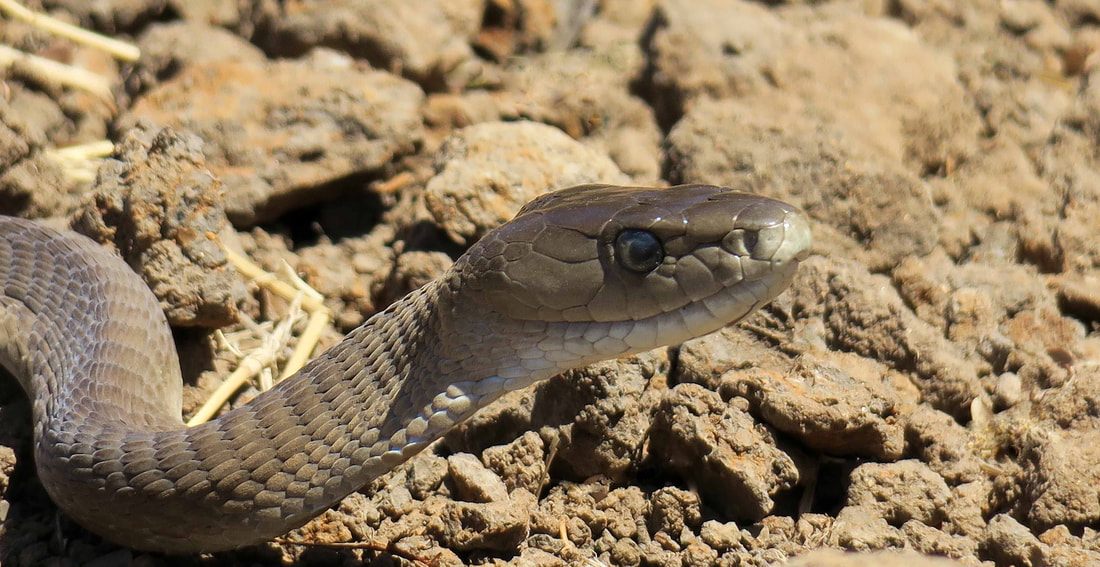 A bite from a black mamba is usually fatal unless treated quickly with an antivenom. A person bit by a mamba will typically collapse within about 45 minutes. 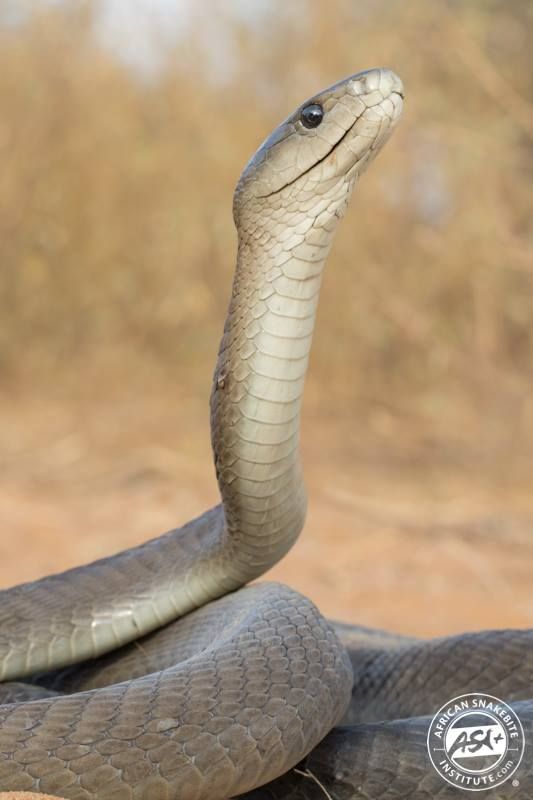 The snakes have been blamed for many deaths and are sometimes called the world’s deadliest snake. They are also the longest venomous snake in Africa. 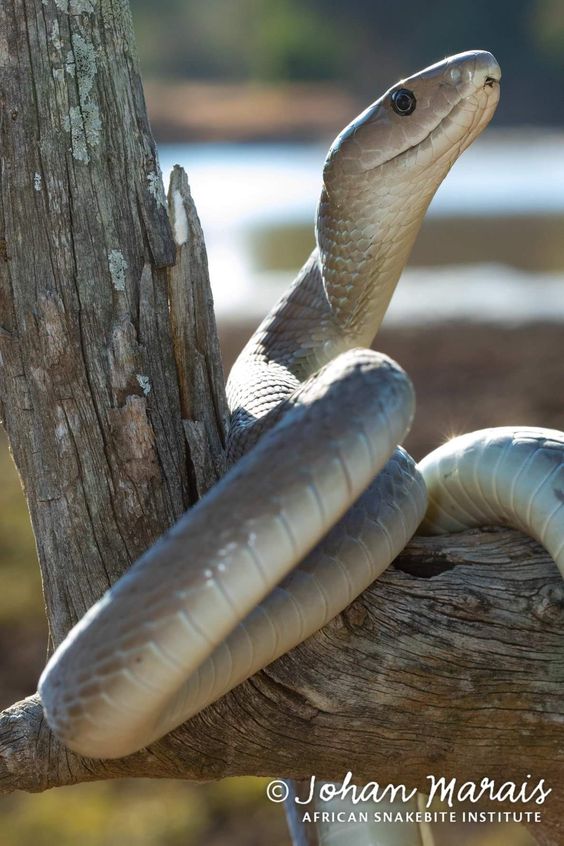 Black mambas can slither at speeds of up to 12.5 miles an hour (20 kilometers an hour). They’re named for the dark color inside their mouths, which they display when threatened, since their outer skin tends to be more olive to gray. 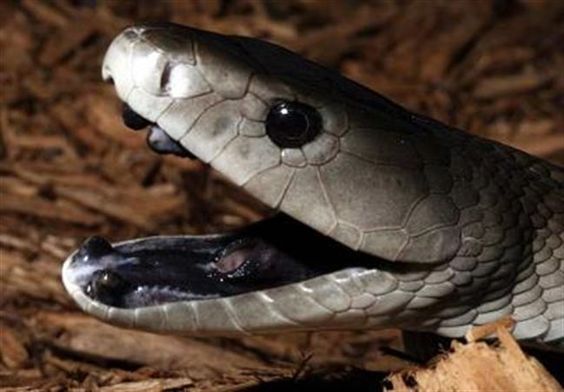