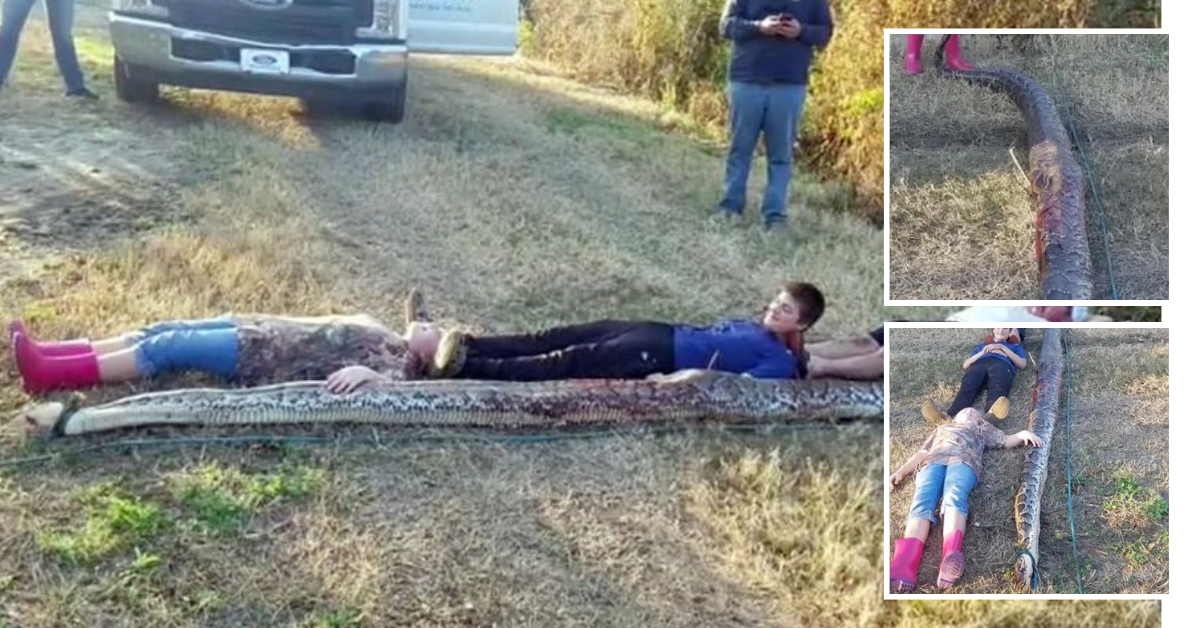 A Florida man and his cousin have stopped a potential snake plague, catching and killing a 136-kilogram pregnant python at their home near Tampa. 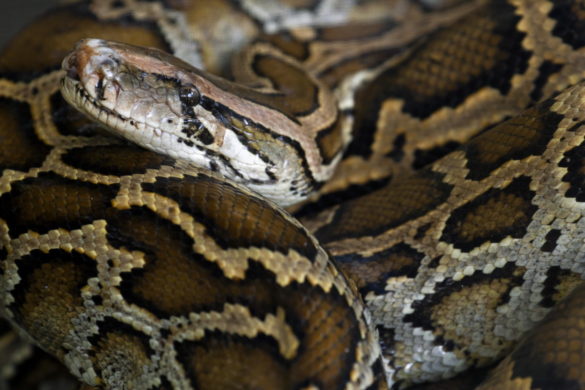 The Burmese python is believed to be the biggest ever caught in the Zolfo Springs area and when Aaron Brown first spotted it on the side of the road. He knew he needed help, so called his cousin William Wilkerson for help. 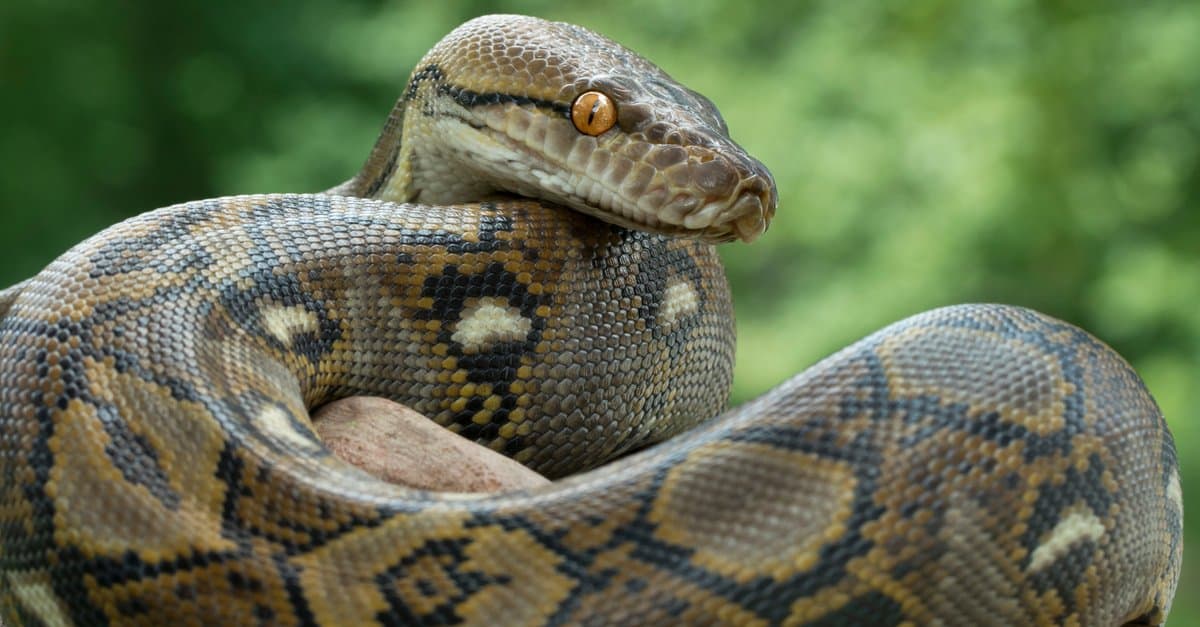 “Once we got him pulled out  it was like ‘My god! What a snake,” Mr Wilkerson told Fox13. 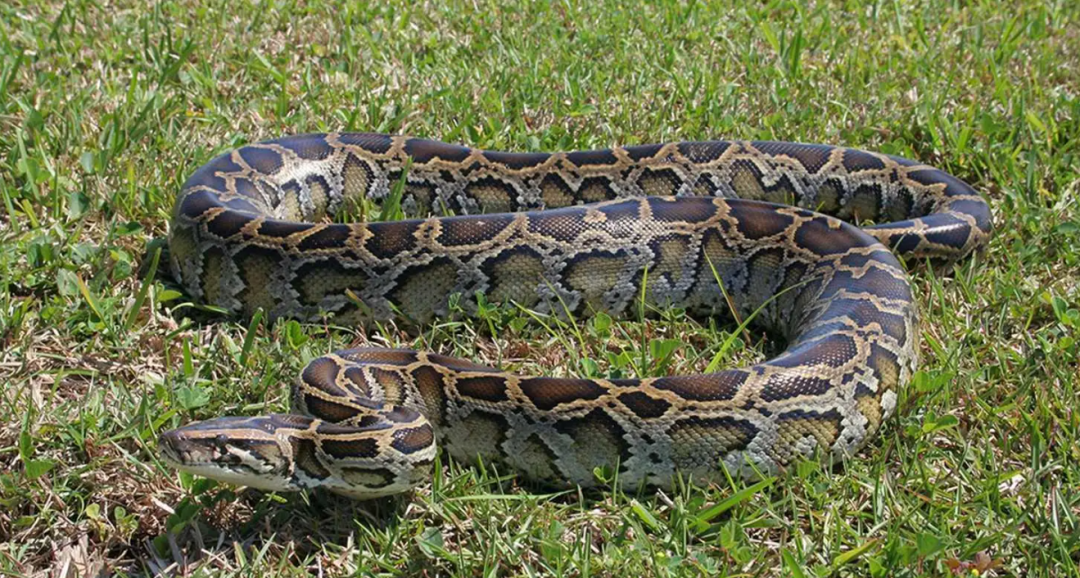 After the pair had hooked and shot the snake. 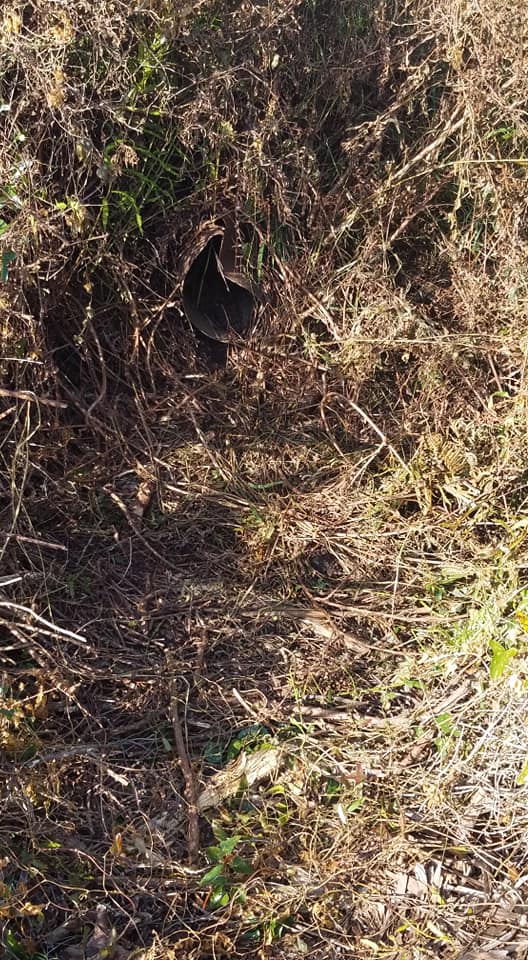 they realised they didn’t have a tape measure so got two young family members to lie head to toe next to it. 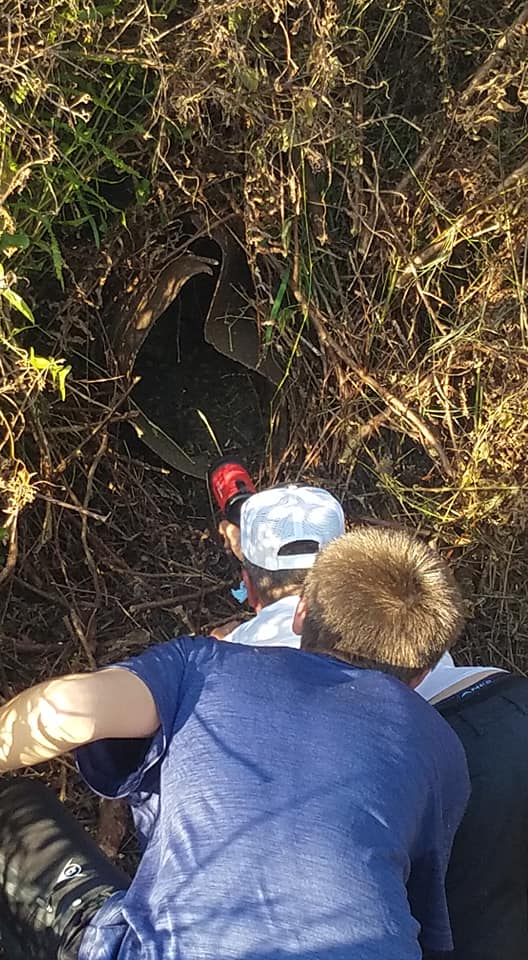 The huge snake was an impressive 4.8 metres long. 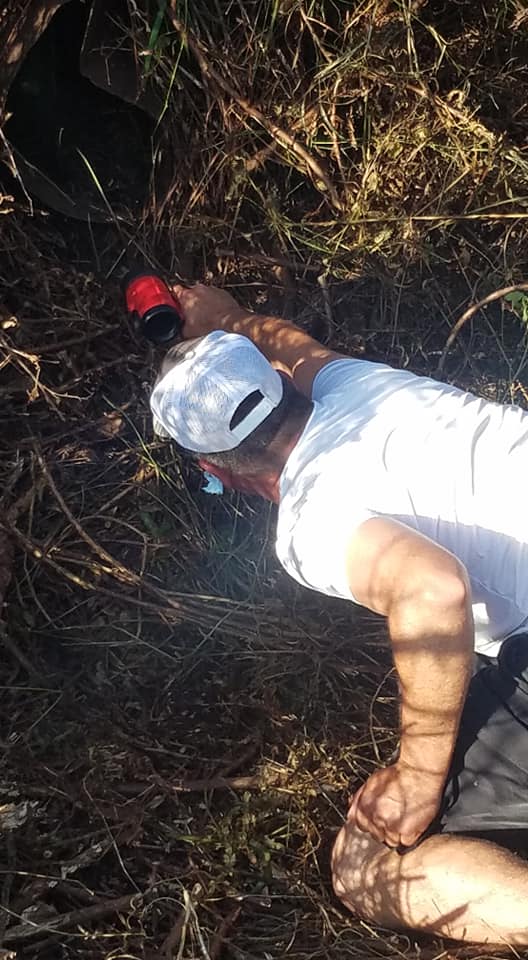 When the family called in local snake catcher Dustin Crum to collect and skin the python. 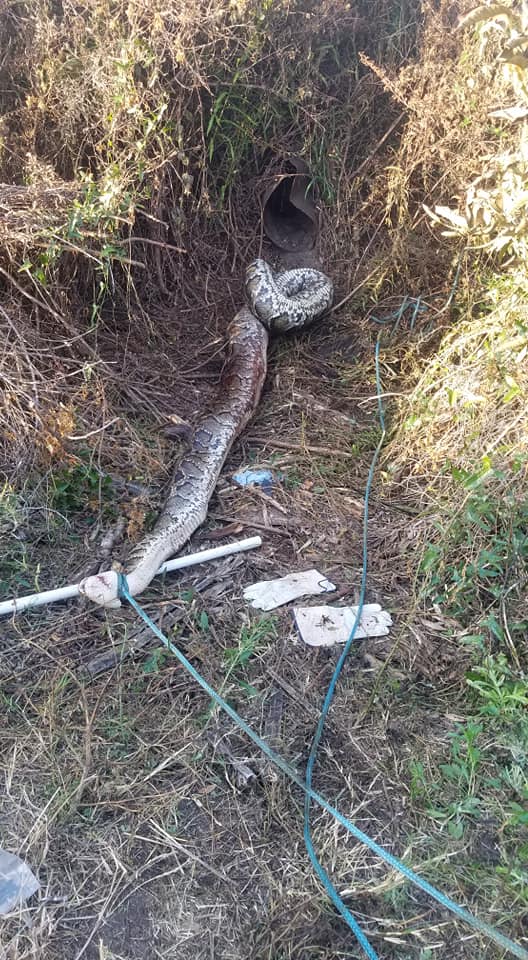 They found out it was pregnant with around 100 eggs. 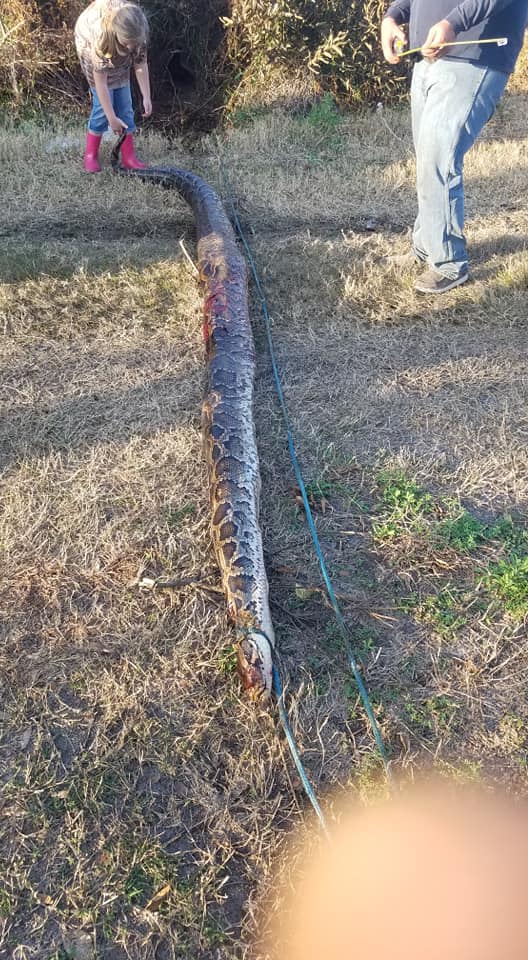 “Hopefully this is a rogue snake and they haven’t migrated this far north,” Mr Crum said. 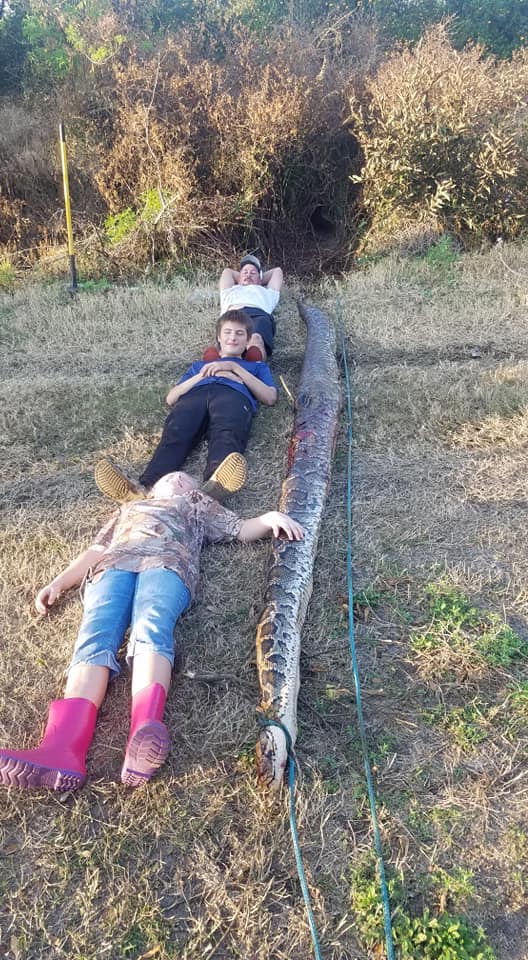 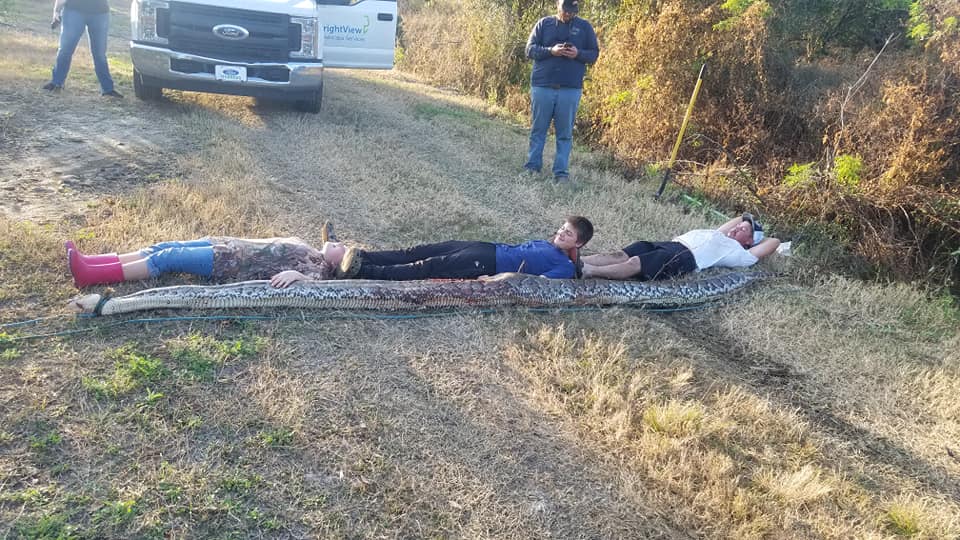 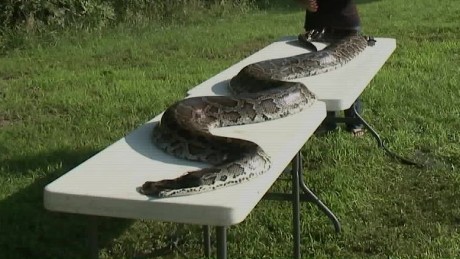