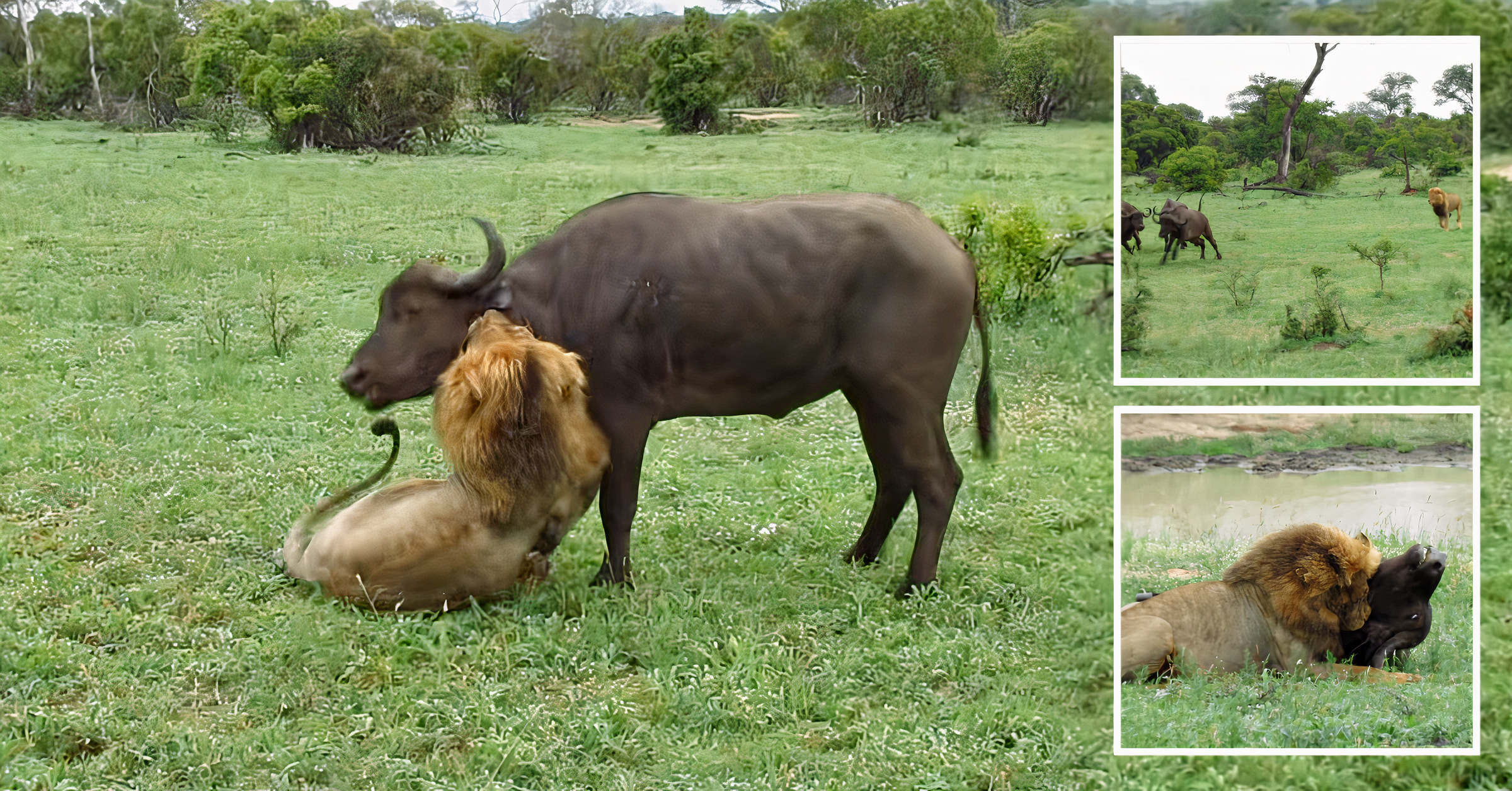 The wild buffalo is such a dangerous animal that even the lion is afraid to attack because they always live in the herd and if any animal attacks them, then they attack in the herd to save their partner.
In many shocking videos, a wild Buffalo has also been seen lion to death, but today we have brought a video for you in which a lion alone attacked a herd of Wild Buffalo. 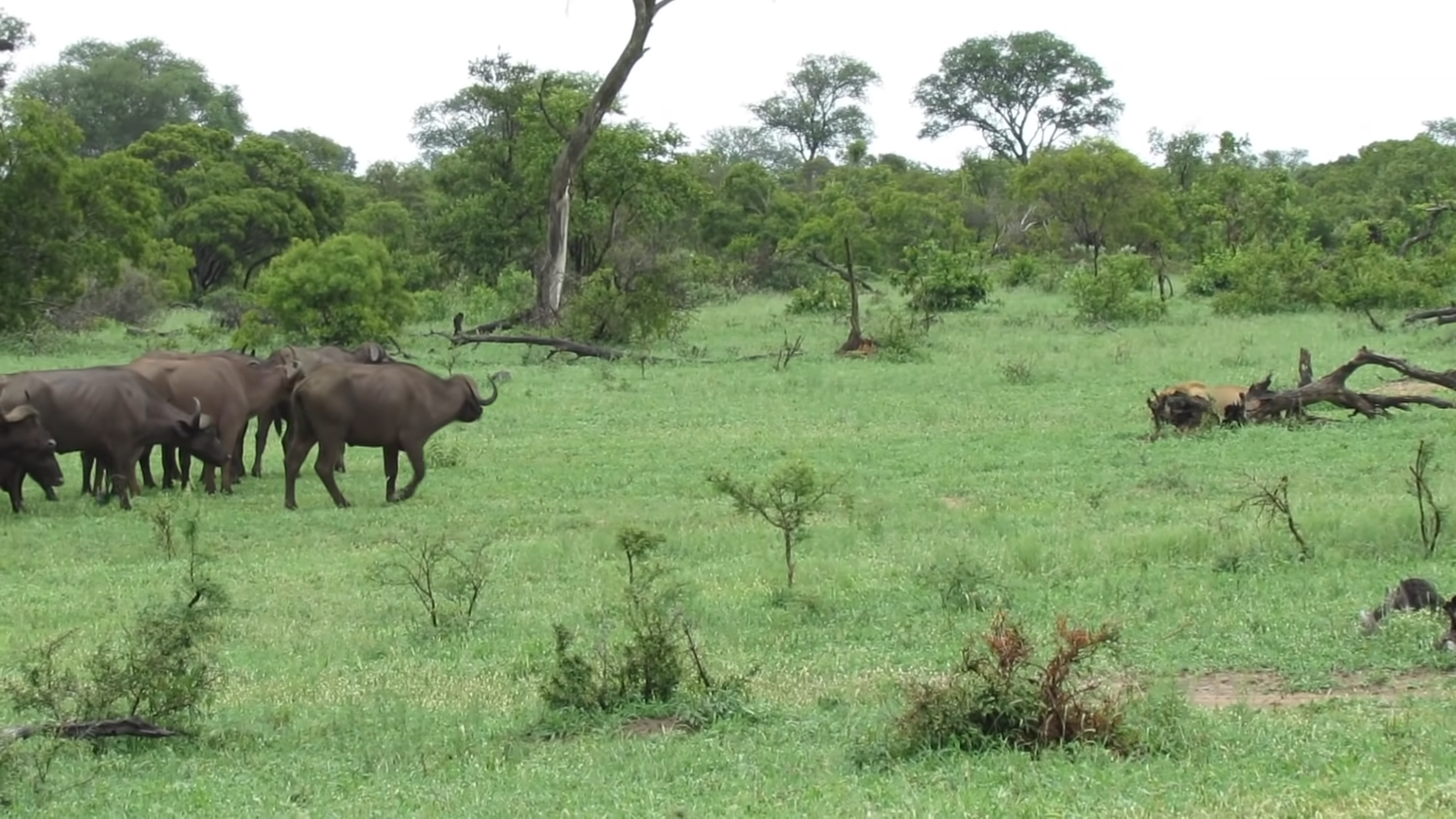 This video is from the Manyeleti Reserve of South Africa where tourists who went on jungle safari have filmed on their cameras. NetGenes is giving different reactions to this video. One user wrote “You can see the Buffalo’s eyes rolling in the back of his head when as he passes out. Must be scary. That lion is a king. Definitely has experience. 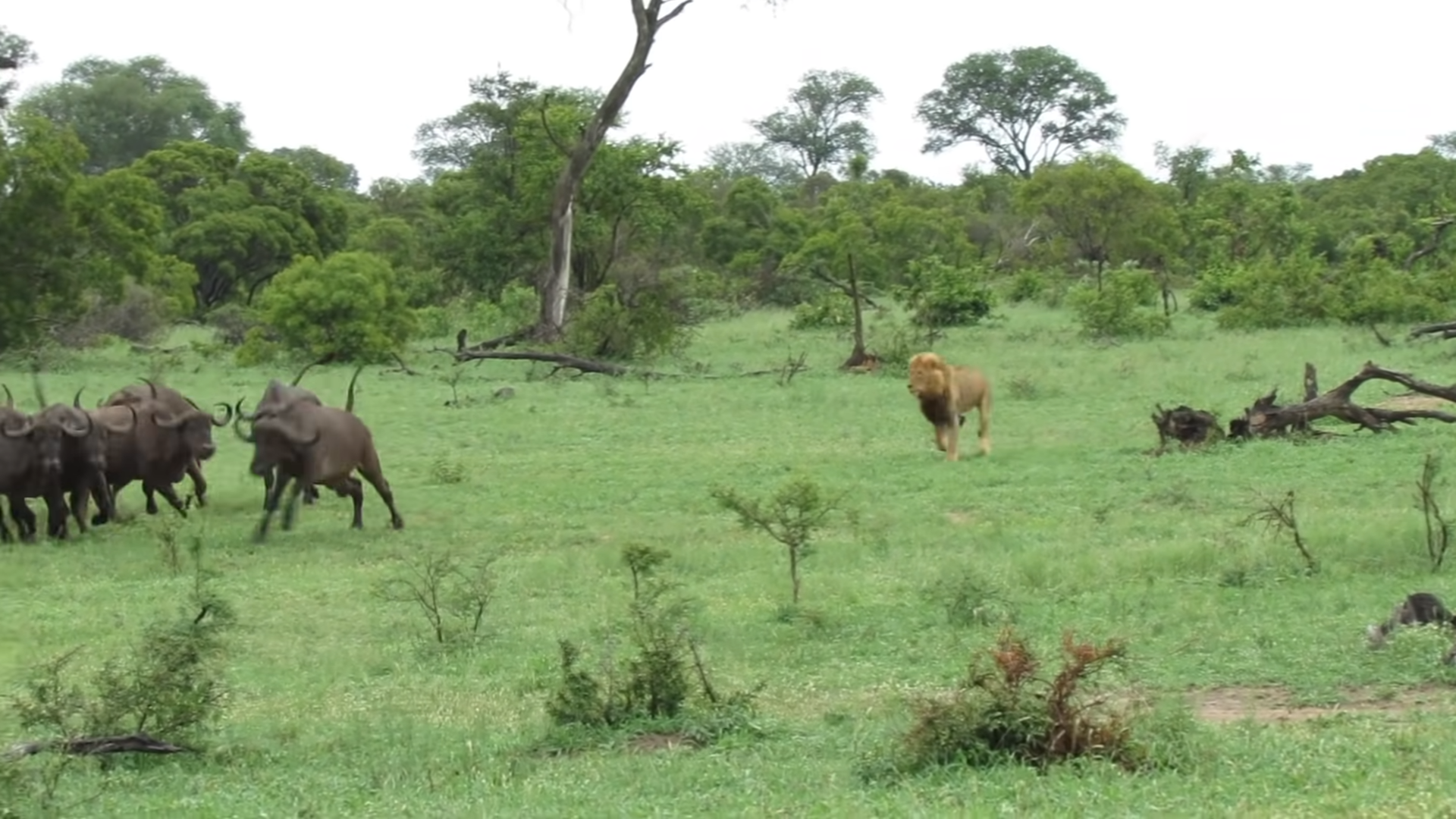 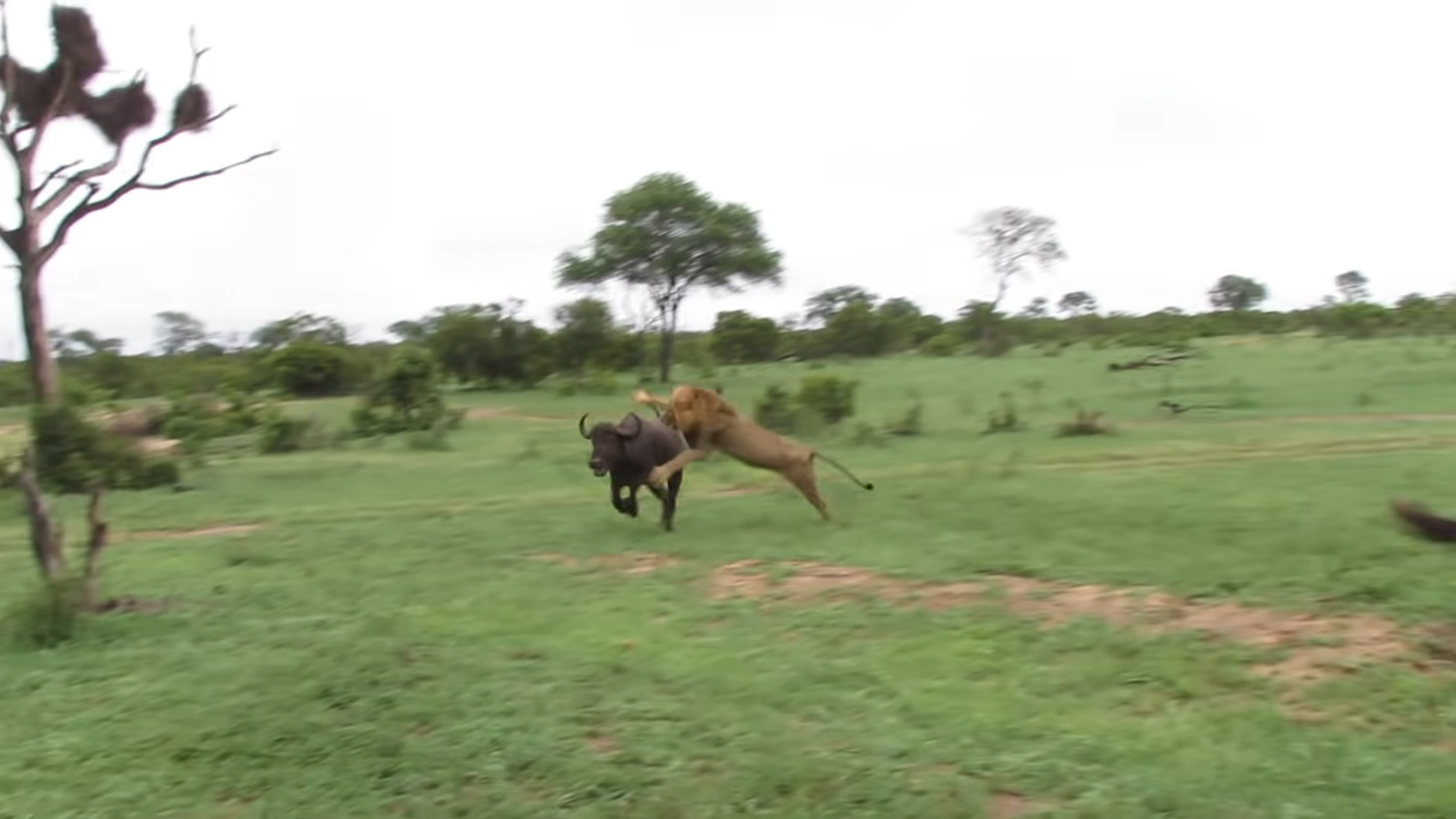 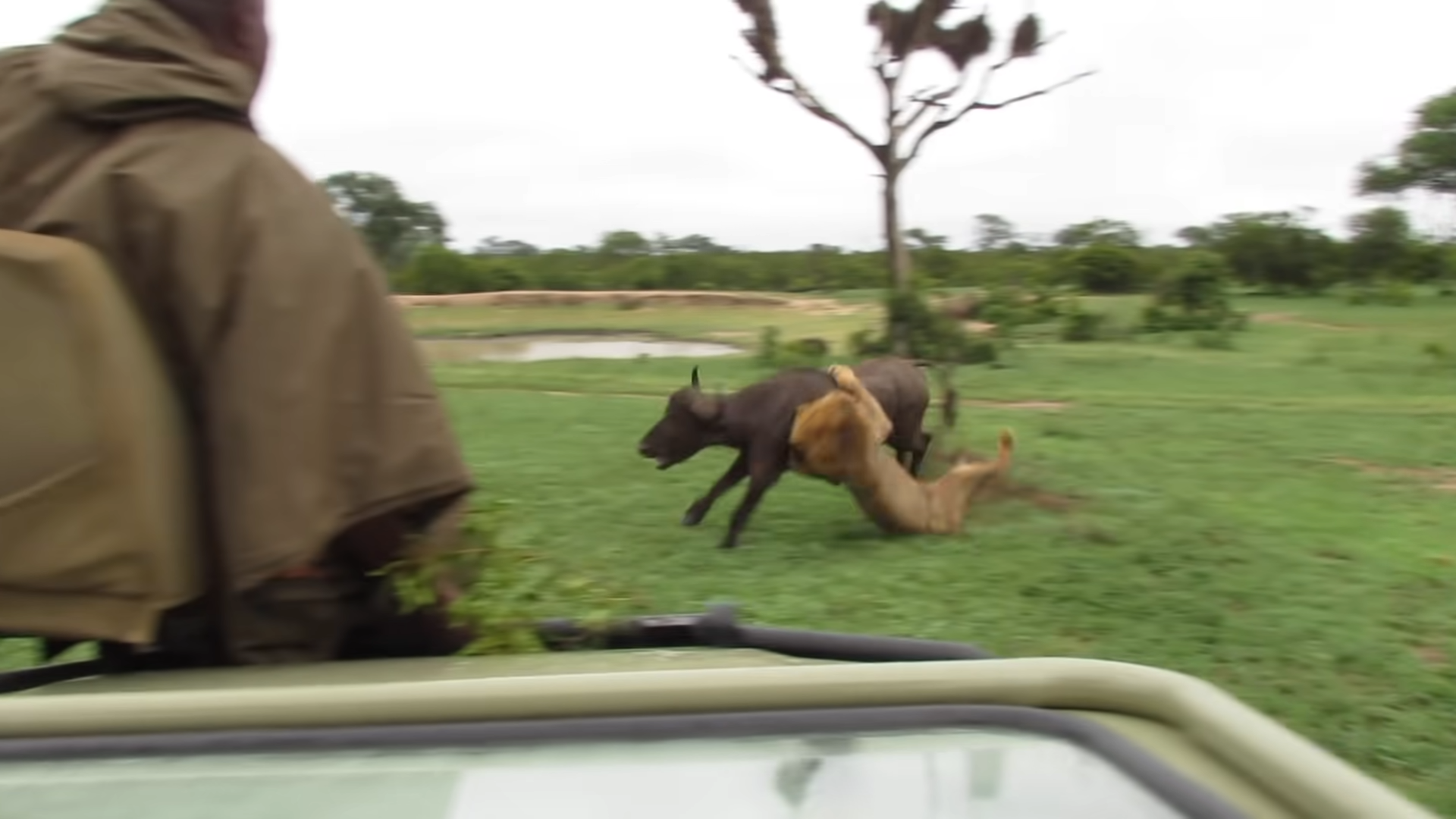 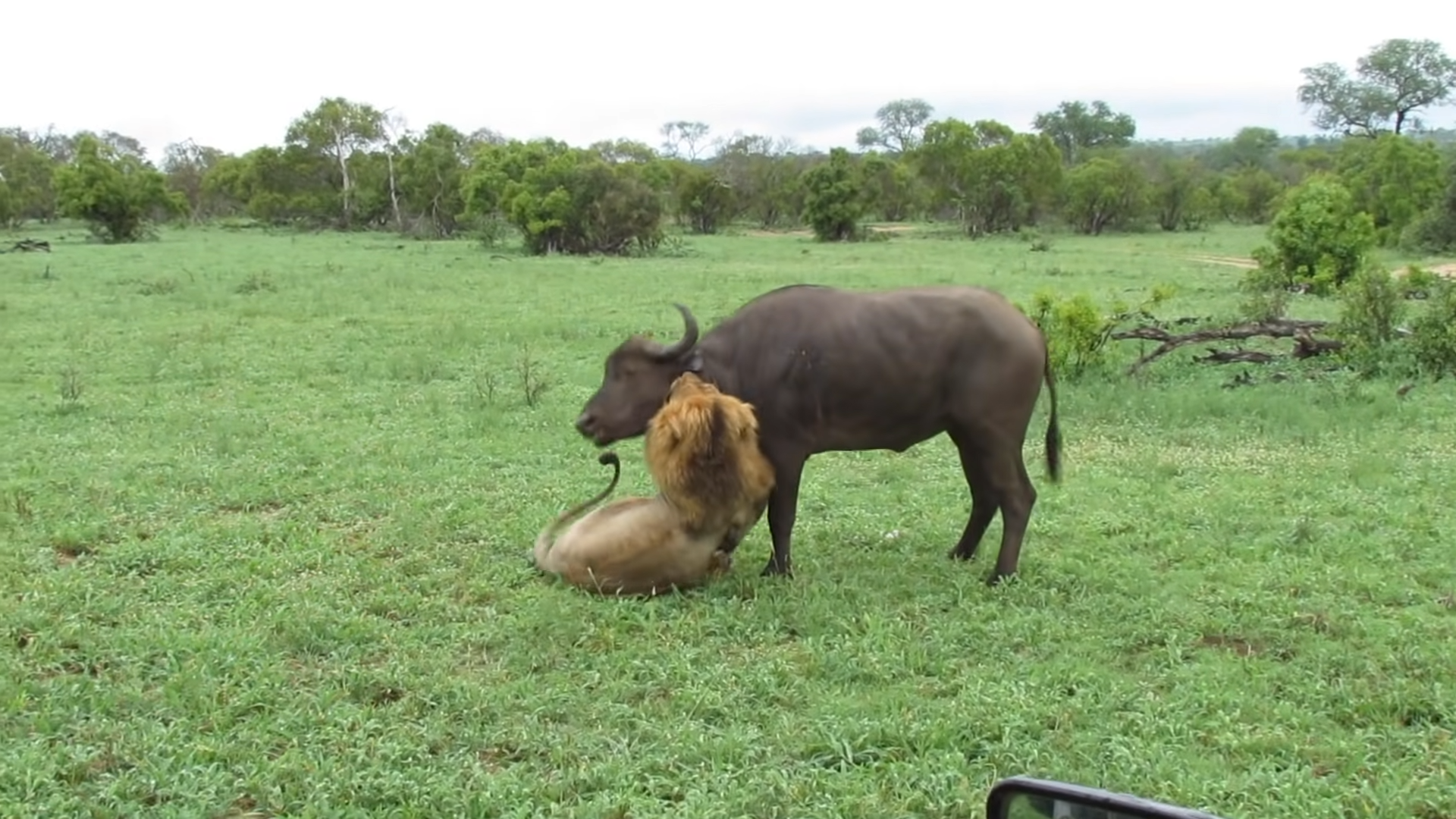 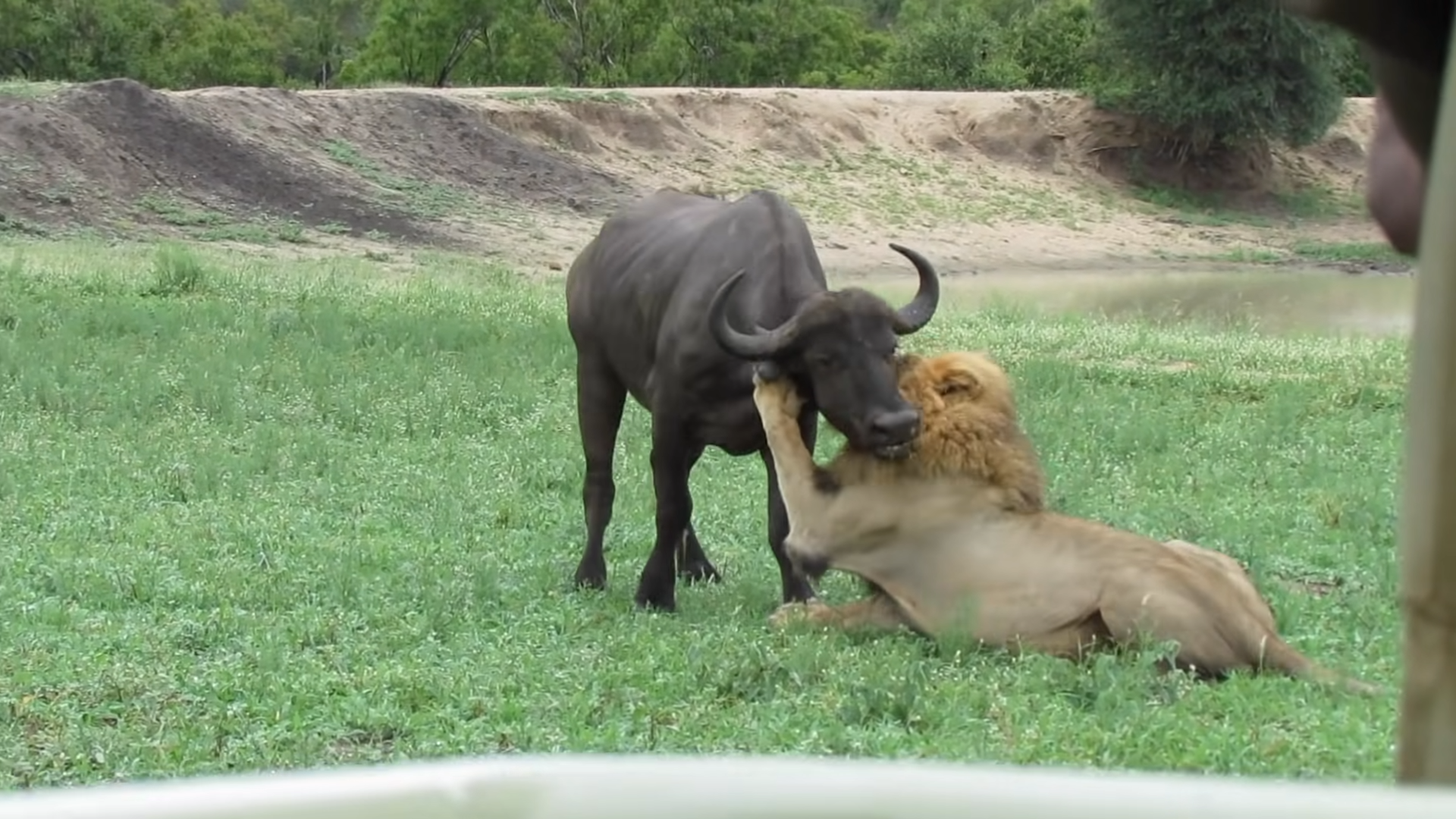 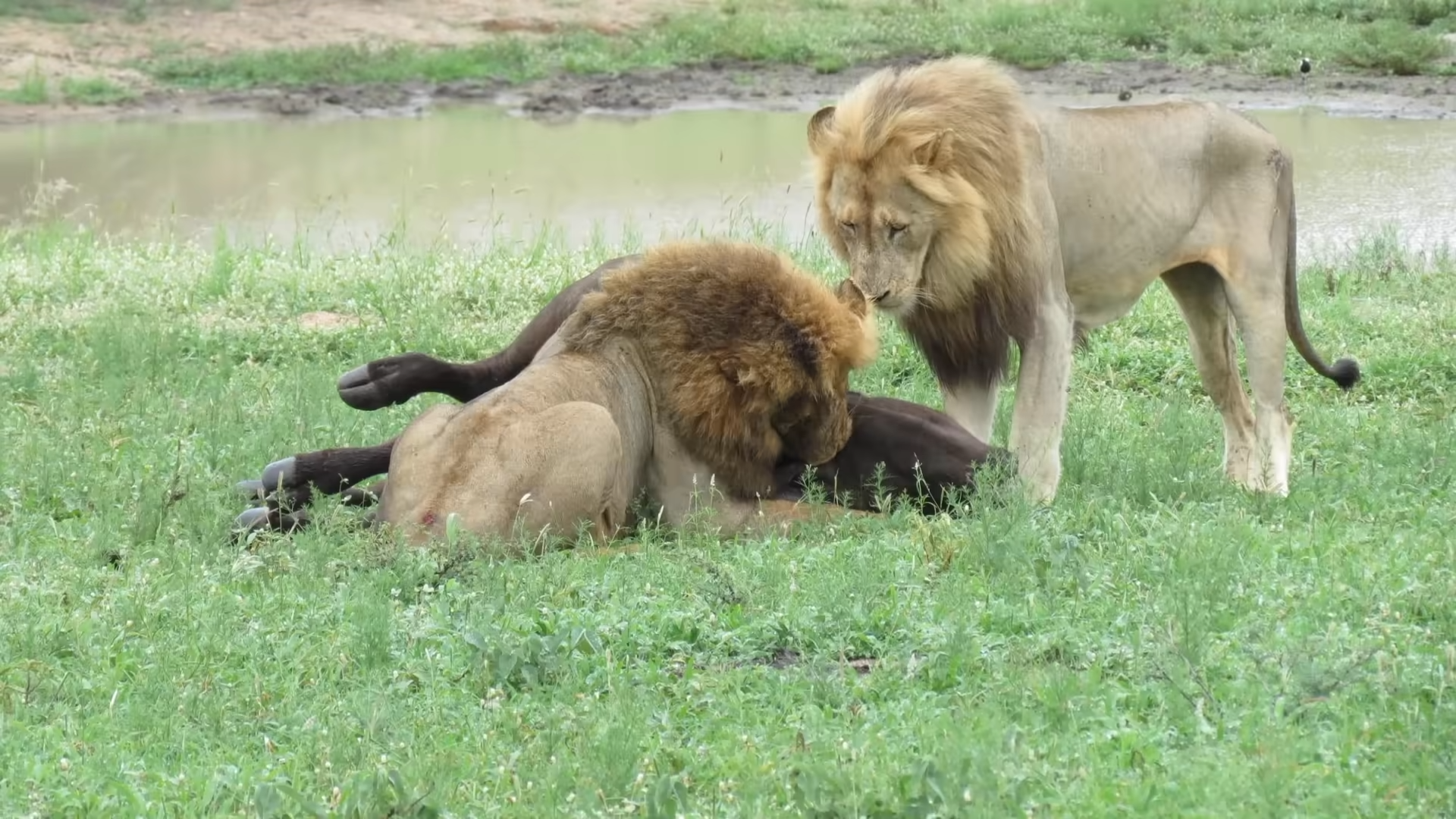